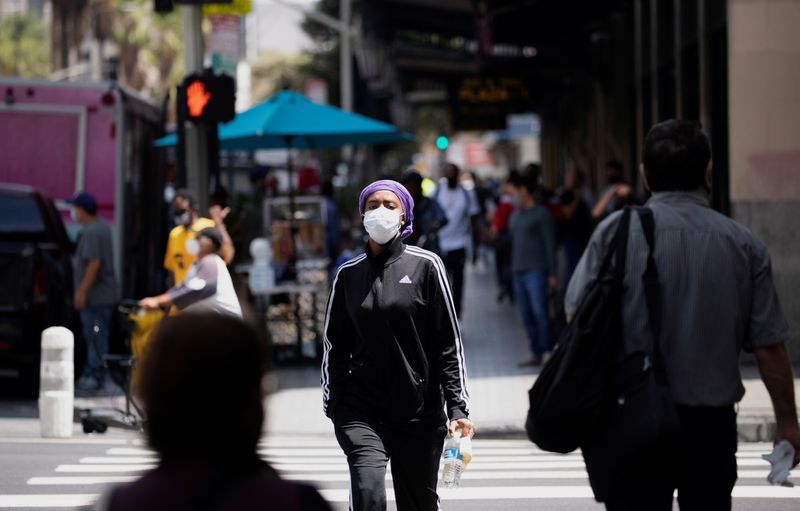 (Reuters) – Here’s what you need to know about the coronavirus right now:

The United States surpassed 170,000 coronavirus deaths on Sunday, according to a Reuters tally.

U.S. public health officials and authorities are concerned about a possible fall resurgence in cases amid the start of the flu season, which will likely exacerbate efforts to treat the coronavirus.

The United States has at least 5.4 million confirmed cases of the novel coronavirus, the highest in the world and likely an undercount as the country still has not ramped up testing to the recommended levels. Cases are falling in most states except for Hawaii, South Dakota and Illinois.

New Zealand’s Prime Minister Jacinda Ardern postponed the country’s general election by a month to Oct. 17, bowing to pressure after some parties complained they could not campaign with nearly a third of New Zealand’s 5 million people under lockdown in Auckland.

Ardern’s opponents accuse her of using the pandemic to shore up support as she appears on television nearly every day to reassure New Zealanders, while other party leaders struggle to get attention. Her rivals are hoping Ardern loses some of her appeal once economic hardships caused by the lockdown begin to bite.

The origin of the new outbreak is still unknown. Authorities said previously that it could have been through an Americold cold-storage facility where one of the infected individuals worked. Tests of surfaces in the facility are underway to identify the genome sequence, with results expected later this week. Another possible source is the quarantine system for New Zealanders returning from overseas.

South Korea warned on Monday of more limits on gatherings as new novel coronavirus outbreaks appeared, including one linked to the Sarang Jeil Church in Seoul where more than 300 congregation members have been infected but hundreds more are averse to getting tested.

As in the February Daegu case linked to a secretive Christian sect, authorities are facing some reluctance to cooperate and difficulty in tracking some of the members of the congregation of the Presbyterian church.

The church is led by conservative activist, Reverend Jun Kwang-hoon, who has also been organising anti-government rallies calling for the ouster of the liberal President Moon Jae-in, raising concerns the virus has been spreading at the protests too.

Saudi Arabia said this month it plans to begin Phase III clinical trials for the CanSino vaccine. CanSino has said it is also in talks with Russia, Brazil and Chile to launch Phase III trials in those countries.

Jean Gerich, 77, was killed after Paul Rivas, 64, intentionally drove his vehicle into a group of people in Portland…

LONDON (AP) — For nine months, Gordon Bonner has been in the “hinterlands of despair and desolation” after losing his…